The incredible shrimp curry with pineapple 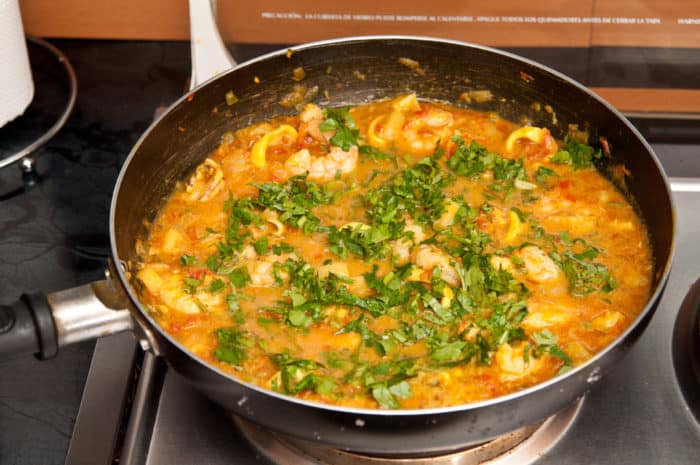 I know I recently posted a recipe on the blog for > shrimp curry , but this version has pineapple and the curry is different, and the truth is, it's so delicious that I have to share it with those who read me.

This dish, along with coconut rice and squid empanadas were part of my 2012 year-end dinner.

This recipe would be Thai-Hindu. Because the preparation of the curry and the ingredients that it has are a mixture of both versions. Anyway, it does not matter its origin but its destination: your stomach.

By the way, if you're interested in these curry recipes, and maybe you do not want to eat shrimp, I recommend my chicken tikka masala, it's delicious , it stings a little (although you can not make it spicy) and although at first it seems complicated, it is not. 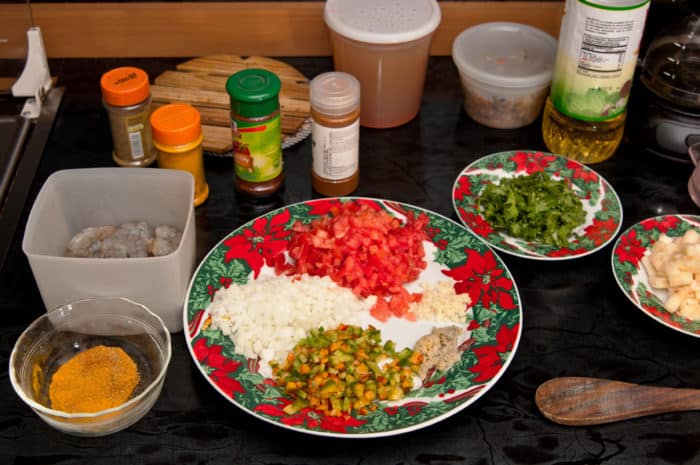 Fry the ginger, garlic, onion, paprika and tomato in the oil. Add the salt so that the juices drip a little. 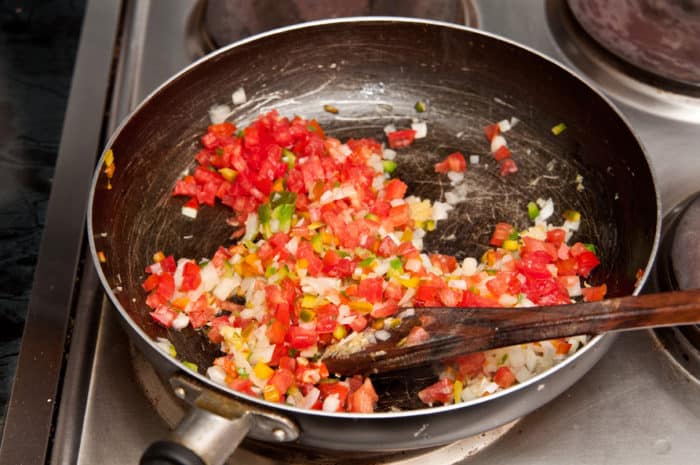 Grind the seeds of coriander, cardamom and pepper in a mortar and pestle with a colander and add them to the sauce with the other spices (paprika, cayenne, cumin, turmeric and cinnamon). 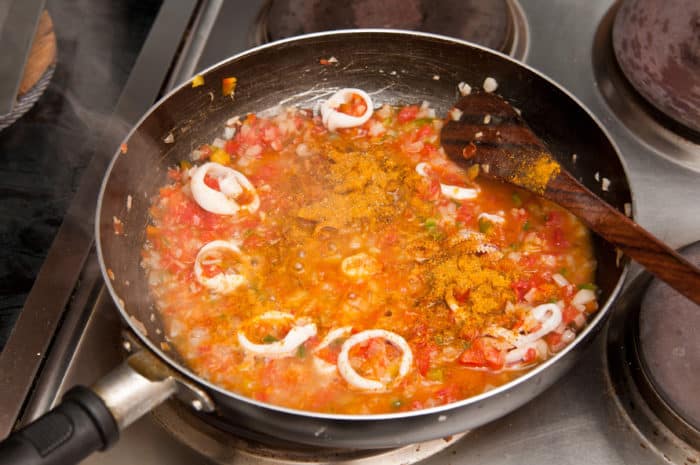 Add a half cup of shrimp stock and let it boil for a while. If you reduce a lot, add more broth. Try not to have a soup, but do not let it dry either. Add the pieces of pineapple, try the mixture and rectify salt or any of the spices you consider necessary. 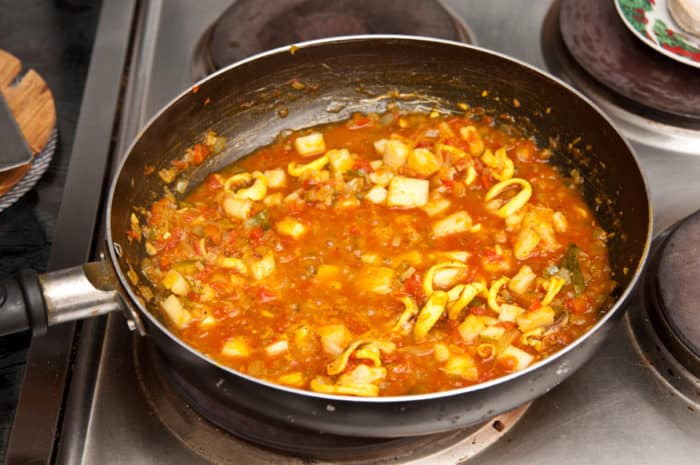 Lower the heat and add the shrimp. Cover the pot and let cook for 5 minutes. 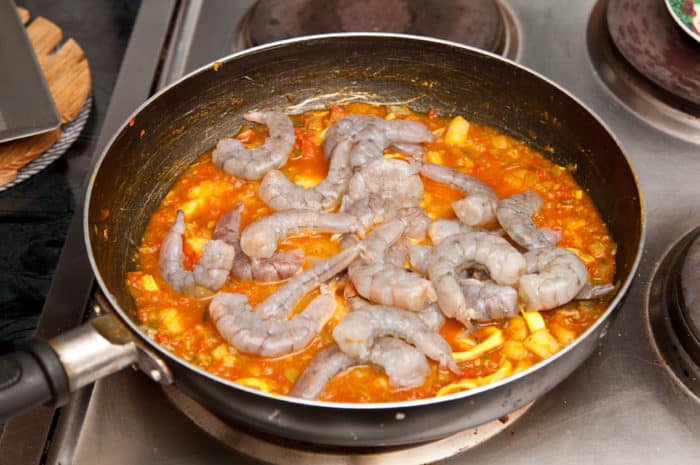 When they are ready, turn off the heat, add the coconut milk, stir, add the chopped cilantro and serve. 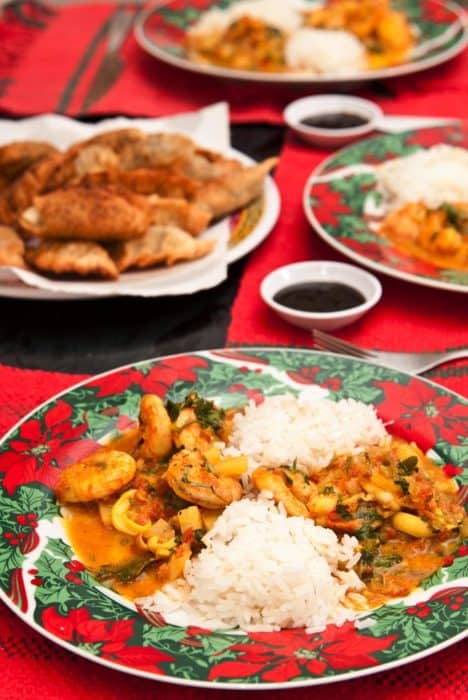