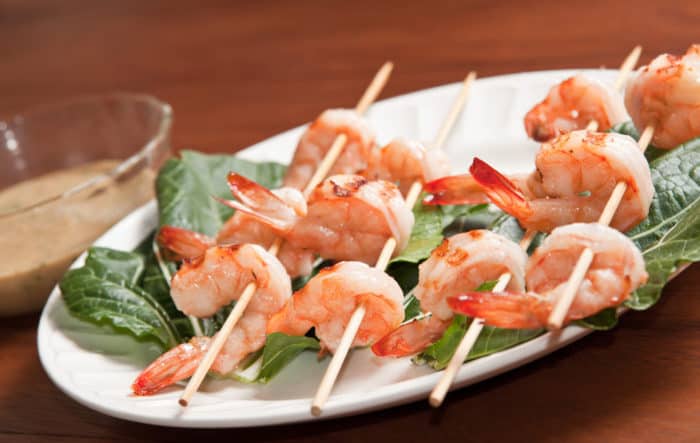 Despite what many believe in the world Western, "Satay" is not the name of a sauce, it is the name of a dish, made with skewered meats and marinated in sauces that can vary. In the West it is called "Salsa Satay" specifically to a semi-spicy peanut sauce.

You could say then that the correct title of this post should be: " Satay of shrimp with sauce peanuts ", but since we are in the West, I wrote it our way:" Shrimp in satay sauce ... ", but not before explaining how it should be.

origin of this dish is not entirely clear. The Thais say that they were the creators, the Malays (inhabitants of Malaysia), the Indonesians and the Hindus are also the authors. However, everything indicates that it was Indonesia that invented it. Anyway, it's delicious and today I prepared it.

Satay peanut sauce has thousands of different ways to make it. Some versions have coconut milk, fruits, a lot of spicy, curry, zero spicy, with peanut butter, no peanut butter ... There are many options.

With regard to prawns, simply cook them without skin on a griddle or a wok with a little salt, pepper and olive oil.

Ingredients for the sauce:

You put everything in an electric mincer or food processor, you liquify until sauce is done and ready. You can correct any ingredient you consider necessary and add water until it becomes a sauce.

This sauce can be used to accompany seafood, red meat, poultry and even vegetables.

I I used it for grilled shrimp skewers. These shrimps were previously seasoned with sea salt, freshly ground white pepper and olive oil.

Finally, I placed the skewers on a Bok Choi leaf (variety of Chinese cabbage), as seen in the foto.

Easy to make and the taste is unmatched.

You can accompany these shrimp with some good salad.

Check other recipes with seafood: 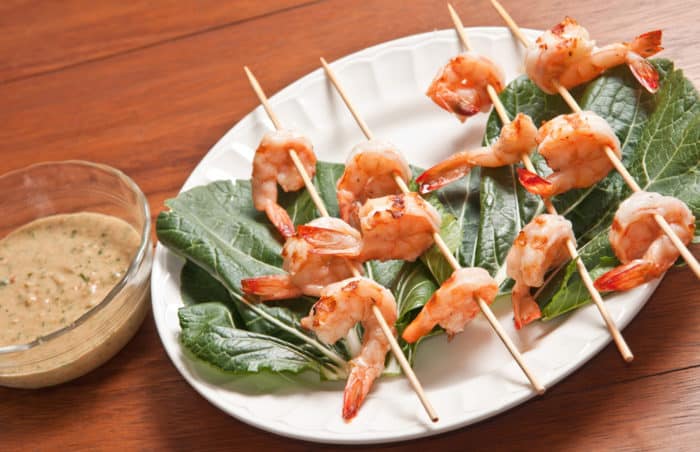