What I learned from Slovak gastronomy

From my visit to Bratislava, the capital of Slovakia, I had fond memories: seeing the Danube River for the first time, strolling through its charming old town, photographing the various fun statues watered through the city, eating sausages, pork, potatoes and cabbage sour until more can not and ... an unforgettable indigestion for abusing the sausages, pork, potatoes and sour cabbage.

It all started on the train that took me from Prague to Bratislava. I was hungry, I went to the car-restaurant and I ate a delicious goulash that was quite spicy. No problems.

When I arrived in the Slovak capital, after checking in at the hostel and taking a tour of the neighborhood, I went to a "typical Slovak food" restaurant, created with the intention of tourists eat the "typical food of Slovakia ... for tourists". It does not matter, it was delicious. I ate pork Schnitzel with potatoes with cream and mushrooms and a house beer. 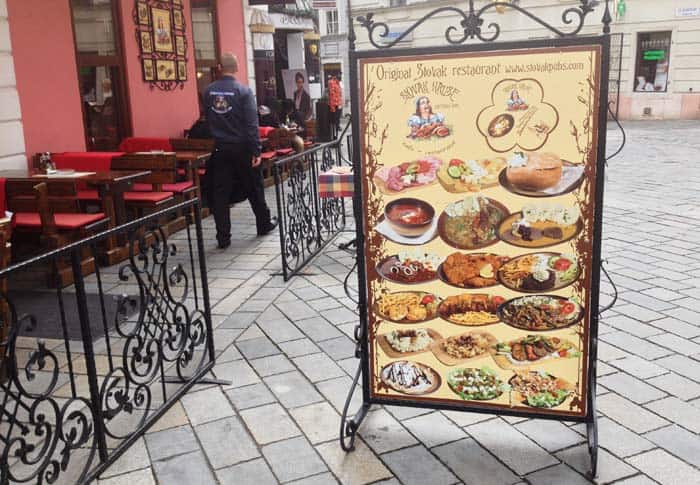 The next morning, I gave a nice coffee where they served bread with eggs and 2 slovakian sausages. More fat, perfect.

After my tour around the banks of the Danube and then through Bratislava's historical center, I started looking for lunch. 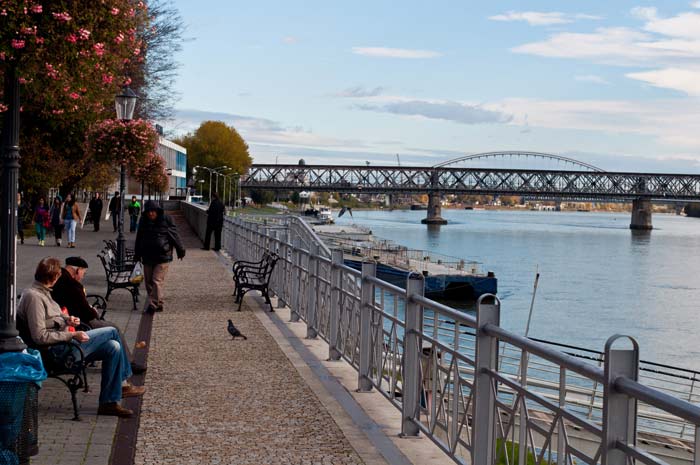 Like any European capital, there is a variety of restaurants, not just local food. I saw pizzerias by the bunch, a couple of Mexican places, several of kebabs, one of Argentine barbecue and the respective sushi places. What I did not get was Chinese food, a surprise after having met a thousand such restaurants in the Czech Republic. 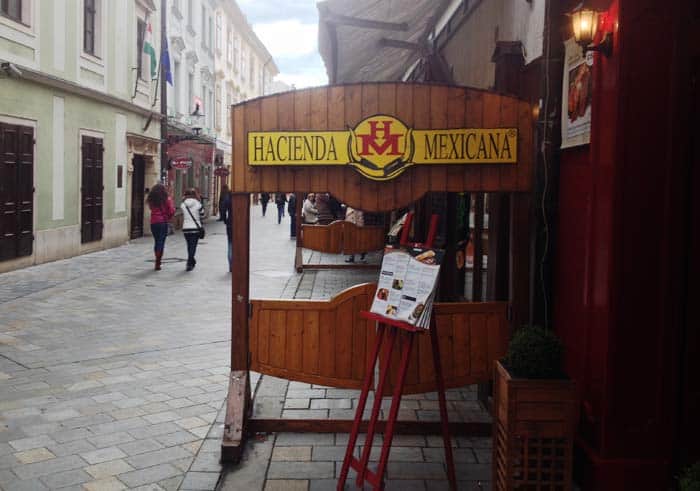 I decided to have more Slovak lunch. This time I tried the Kapustnica, which is a thick soup of sour cabbage (cabbage) with smoked sausage. Second, I ordered more pork schnitzel, super crunchy, bathed in cheese and accompanied with tomatoes. This is where the stomach chaos began.

At night, with my stomach totally destroyed, with digestive in between and a cup of chamomile, I participated in a Slovak homemade food activity in the hostel. The menu: garlic soup with cream of milk and dumplings of potato and wheat dough stuffed with blueberry jam.

Despite everything I ate, I survived, and the next morning I repeated the breakfast of sausages Slovak, Ha! From there, I went straight to the train station to go to Budapest, Hungary, where I would eat more goulash, sausages and pork. My Mother.

Tips to eat in Bratislava

I spent less than 48 hours in Slovakia, however I can tell you that:

- Eating in Bratislava is cheap. In general this city is economical compared to its neighbors Vienna and Prague.

-If you travel in autumn apart from incredible landscapes, you will have many high-fat dishes, potatoes and lots of flour. Enjoy them but you have not what I do, be moderate.

-The historic center is more expensive and the food is more international and tourist-friendly than in other parts of the city. If you want more authenticity, get away from that area at lunchtime. And do not worry, the city is small, it is not difficult to go from one place to another in a short time.

-An entertaining place to eat and drink good beer is the Slovak Pub, located on Obchodná Street 62. On this street there are several bars and food places. Take a walk around there.

-If you go to Bratislava and get a Chinese restaurant, visit it and tell me how it is.